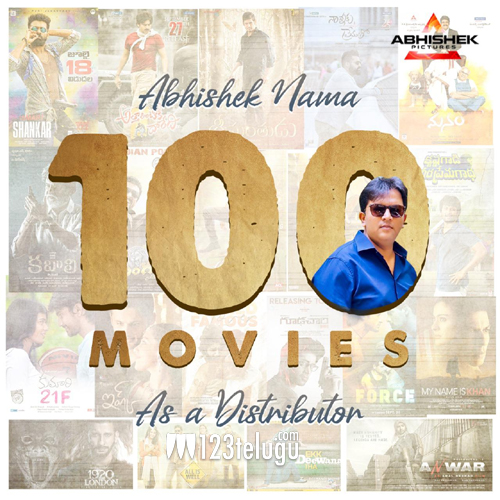 Abhishek Picture is one of the most noted production houses in the industry as of now. It has produced some good hits in the past and entered the film industry as a distributor first in the year 2010 with the film Yamudu.

Now, in all these years, they have distributed several hit films like Attarintiki Daredi to the recent Goodachari. They have also distributed Hindi films as well in their career.

Now the latest we hear is that they have completed 100 films as distributors which is a rare feat. They have also helped many in their vision and continue to give the best in terms of distribution and productions in the days to come.