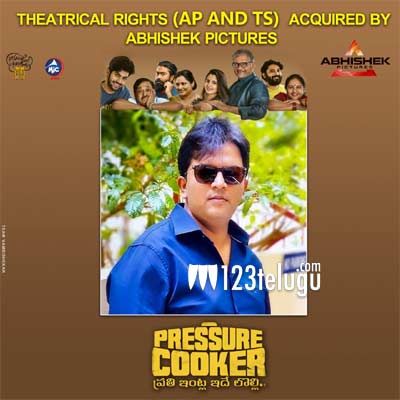 Abhishek Nama has distributed super hit films like ‘iSmart Shankar,’ ‘Rakshasudu’ in the past and has also bagged the much anticipated ‘George Reddy’ distribution rights.

Now, the latest we hear is that Abhishek has acquired the theatrical rights of the movie ‘Pressure Cooker’ starring Sai Ronak and Preethi Asrani.

Impressed by the concept of the film, director Tharun Bhascker has cut the teaser of ‘Pressure Cooker.’ Sujoi and Sushil are directing the movie while Sunil Kasyap, Rahul Sipligunj, Smaran and Harshwardhar Rameshwar have provided the music. The film will be hitting the cinemas in November