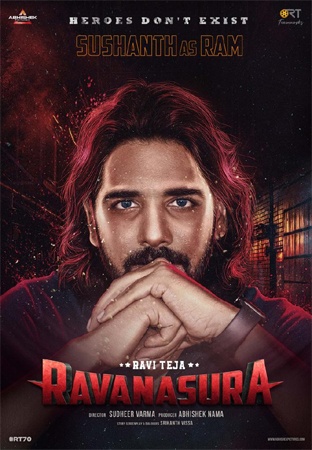 Ravi Teja is doing back-to-back films in his career and next in line is Ravanasura which is being directed by Sudheer Varma.

The makers made a special announcement today and the update is that none other than Akkineni family hero, Sushanth will be doing a key role in the film.

He will be seen as Ram in the film and the makers also released a poster just now. This is the second time that Sushanth is doing a key role after Ala Vaikunthapuramlo.

Ravanasura is a film where Ravi Teja plays a lawyer and we need to see what kind of a role will Sushanth will be seen in.?