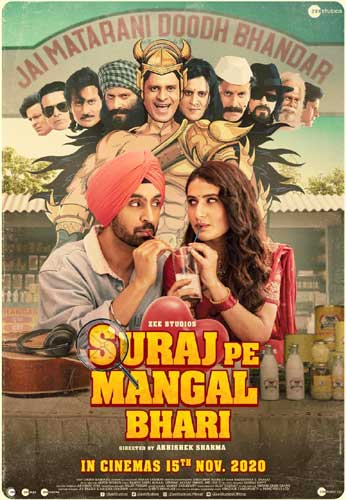 The makers of a small Bollywood film titled, Suraj Pe Mangal Bhari is all set for a daring act. Reportedly, the film is gearing up for a theatrical release on November 15.

If the film releases as per the schedule, it marks the first Bollywood film to be screened in the Cinemas post-Covid crisis. Noted production house Zee Studios has produced the film which is said to be a romantic thriller.