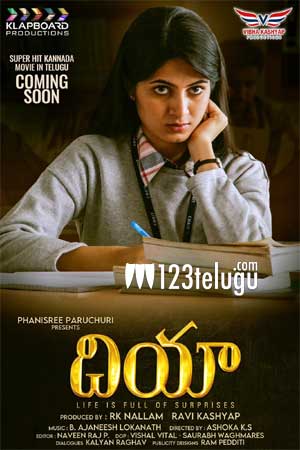 Dia was one Kananda film that created a lot of noise when it released. The film directed by KS Ashoka won a lot of critical acclaim for its narration and emotional moments.

The latest update is that the film is being dubbed in Telugu now. Produced by RK Nallam and Ravi Kashyap, under Klapboard productions and Vibha Kashyap Production banners. The film stars Prithvi Ambar, Deekshit Shetty, and Khushi in key roles.

The update is that the film will release in Telugu very soon on a noted OTT platform and on the big screens. The makers are in talks with an OTT platform and will reveal the release date at the earliest.