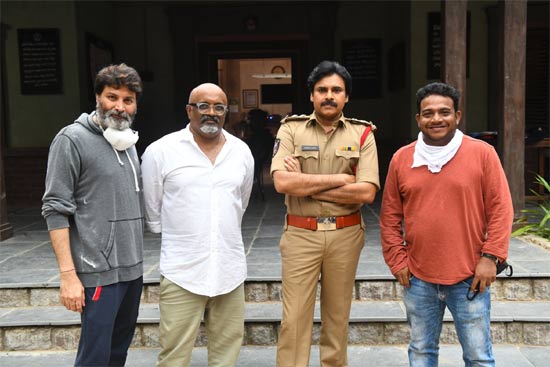 It is a known fact that Pawan Kalyan is doing a film that is the remake of Malayalam hit Ayyapanum Koshiyum. The film is busy with its shoot and some time back was facing issues with the cameraman.

Now, the makers have cleared the confusion as a noted lensman, Ravi K Chandran has been roped in to can the film now. Rana also plays a key role in this film that has dialogues by Trivikram.

Sithara Entertainments produce this film that is aiming to release during the upcoming Sankranthi. The film is a serious drama and Pawan will be seen as a cop.