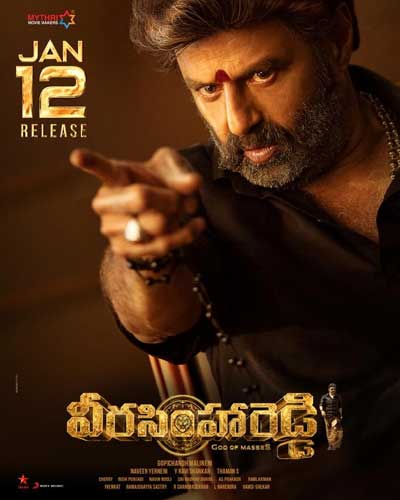 The much-awaited Sankranthi biggie Veera Simha Reddy starring God of Masses, Natasimham Nandamuri Balakrishna, is now out in theatres. The shows have started all over the world, and the fans have gathered in huge numbers at theatres to celebrate their favorite actor.

The latest news is that Disney Plus Hotstar has bought the digital rights of the movie. The same has been displayed in the opening credits of the film. Krack director Gopichand Malineni helmed the film, which has Shruthi Haasan as the female lead.

Mythri Movie Makers produced the film on a large scale, and Thaman is the music composer. Thaman’s rousing background score for Akhanda played a key role in the film’s success, and hence this factor is one more reason for the exceptional hype around the film. Duniya Vijay and Varalaxmi Sarathkumar played key roles.