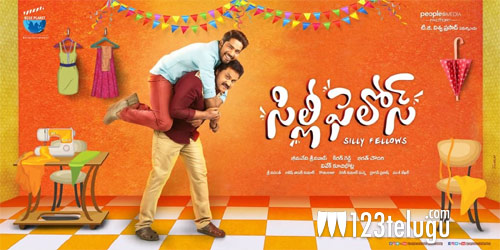 Sunil and Allari Naresh are back with their new film Silly Fellows. The trailer of the film was received decently and the makers are busy promoting the film on a large scale.

Now that the film is gearing up for a release soon, we hear that popular producer, Anil Sunkara has bought the distribution rights of few major areas like Nizam and East-West Godavari.

The talk is that Anil Sunkara has bought the film for a good price and will release on his own. Recently, he did the same with Goodachari and the film went on to become a major success at the box office.

An official confirmation is yet to be made on this news. Silly Fellows is directed by Bheemineni Srinivasa Rao.