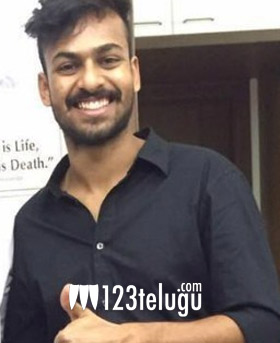 The news that Sai Dharam Tej’s brother, Vaishnav Tej will be launched as a hero in Telugu is known to all by now. Now, the latest we hear from the gossip circles is that producer Ram Talluri might produce this film on his banner.

The news also is that Appatlo Okadundevadu fame Sagar will be directing this film which is currently under discussions stage. Though this news is just a speculation, it has caught on all over the social media.

Meanwhile, Vaishnav Tej is currently prepping himself to make his entry into films.