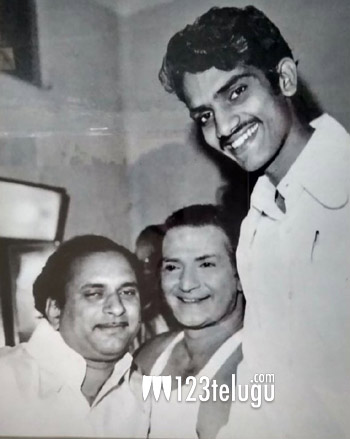 Aswini Dutt is one of the top producers in the industry and has been in the film business for over 30 years now. Today, one of his rare pictures with the legendary NTR has gone viral all over the social media.

Seen here is Aswini Dutt along with NTR during one of his film’s shoot. This picture was taken right after NTR approved to act in the noted producer’s film after Aswini Dutt requested NTR for over four months.

After lying a bit low, Aswini Dutt is back in the game and is ready with the release of Deva Das starring Nagarjuna and Nani. As he celebrates his birthday today, we wish him a happy birthday and best of luck for his future.