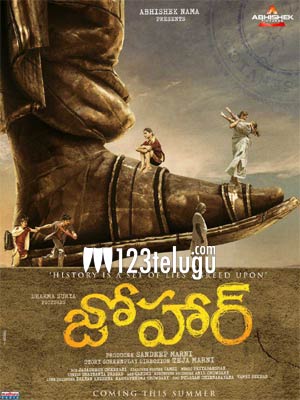 Johar is a film that has created a decent buzz for itself. It is a political satire that revolves around five characters and is being directed by Teja Marni.

Starring Esther Anil of ‘Drishyam’ fame, the film is gearing up for summer release. The news now is that noted producer, Abhishek Nama has acquired the rights of both theatrical and non-theatrical for both the Telugu states.

In recent times Abhishek Pictures has presented and released many successful films like ‘Rakshasudu’ and ‘ISmart Shankar’. Johar also has senior actress Eshwari Rao and Chaitanya Krishna in supporting roles.

Priyadarshan is composing music while Jagadeesh Cheekati is handling the cinematography. Johar is produced by Bhanu Sandeep Marni under the Dharma Surya Pictures banner.