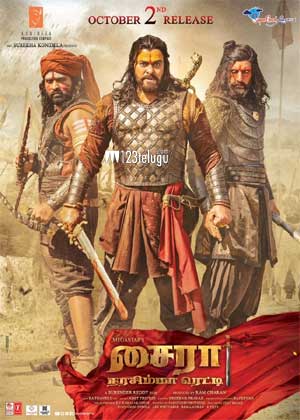 Chiranjeevi commands a decent craze in Tamil Nadu and there is a superb buzz for his new film Sye Raa as it also has Vijay Sethupati in a key role.

Now, the latest we hear is that noted production house, Super Good Films will release the film in Tamil. They have planned some extensive promotions prior to the release of the film.

The trailer of the film will release tomorrow and there will be a special event in the coming days in Chennai to take the film to the next level. Nayanthara plays the female lead in Sye Raa.