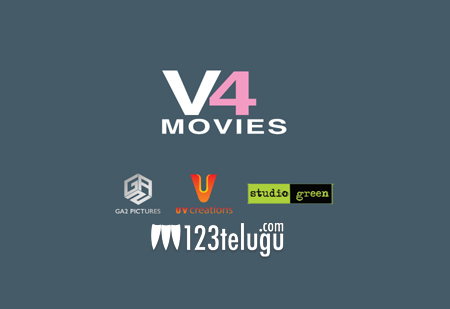 Now that the Telugu film industry is evolving in a huge way, many concept-based films are coming one after the other. Taking this into consideration, some noted production houses like GA2 pictures, UV Creations, and Studio Green have formed a new production house called V4 Movies.

This banner will be giving chance to newcomers and will be making completely concept based and subject oriented films. This is a very good initiative from such bigwigs from the industry as new talent will be coming out on a huge scale.

It will be very interesting to see which subject and hero does this team picks first.