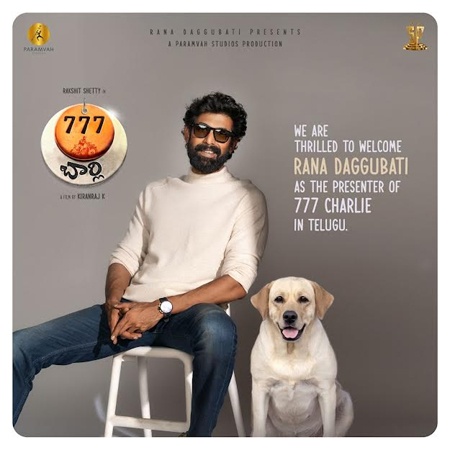 Kannada actor Rakshit Shetty-starrer 777 Charlie has made the headlines again. Written and directed by Kiranraj K, the movie is also scheduled to release in Telugu.

Tollywood actor Rana Daggubati, who is always in the front row ed encourage good content, has come forward to present 777 Charlie in Telugu. The actor announced it officially through his official social accounts.

Charlie, Sangeetha Sringeri, Raj B Shetty, Danish Sait, Bobby Simha, and others are also a part of this movie. GS Gupta and Rakshit Shetty produced this flick, which has Nobin Paul’s music. The movie will be out in theaters on June 10, 2022.