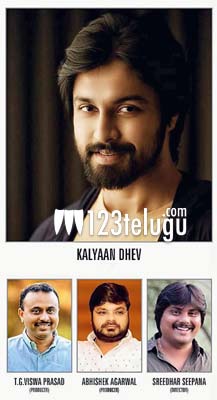 Sreedhar Seepana has been in the industry for quite some time now and has written stories and dialogues for several films.

Now, he is making his debut as a director very soon with a film that will be featuring young mega hero Kalyan Dhev in a lead role.

GA 2 Pictures, which has bankrolled films like Bhale Bhale Magadivoy, Geetha Govindam and Prati Roju Pandaage, will present a film which will be jointly produced by TG Vishwa Prasad, Abhishek Agarwal under the banners People Media Factory and Abhishek Agarwal Arts