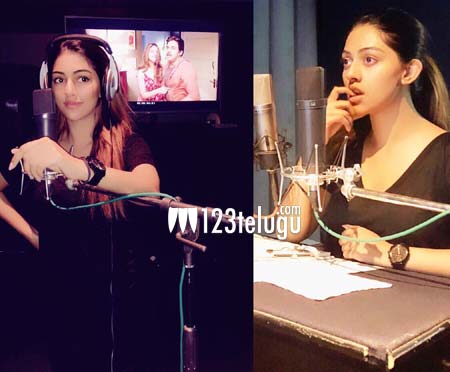 A few days ago, young beauty Keerthy Suresh took to Twitter and surprised everyone by announcing that she has dubbed for her role in Power Star Pawan Kalyan’s highly-anticipated silver jubilee film, Agnyathavasi.

Now, happening young beauty Anu Emmanuel too has revealed that she is dubbing for her role in Agnyathavasi. Anu tweeted a picture from the dubbing studio and said, “First time dubbing EVER! Happy to start it off in #PSPK25.”

Maverick director Trivikram must be appreciated for encouraging both the young Malayali actresses to dub in their own voices. Agnyathavasi’s final schedule is underway in Varanasi. The film is releasing on January 10. S Radhakrishna is producing the movie.