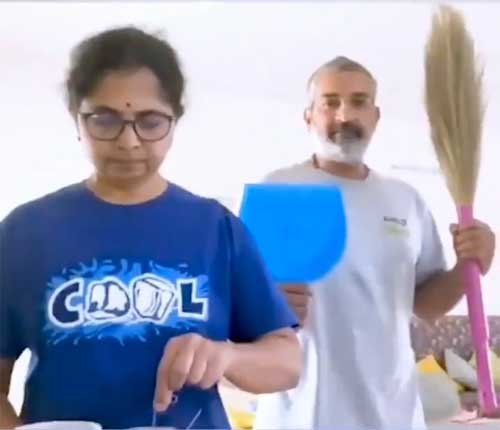 Yesterday, Arjun Reddy director Sandeep Reddy Vanga took to Twitter and posted a video of him cleaning the utensils in his kitchen. Sandeep said that a real man is he who helps the women at home. Sandeep also threw the #BeTheREALMAN challenge to star director Rajamouli.

And Rajamouli tweeted his video this afternoon. In the video, the numero uno director is seen brooming and mopping the floor, cleaning the window grills. The last shot of the video has Rajamouli standing behind his wife Rama Rajamouli carrying a dustpan and the broom in his hands. 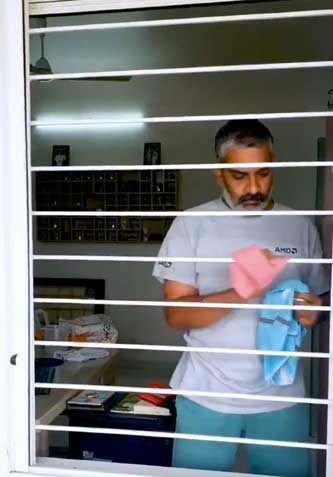