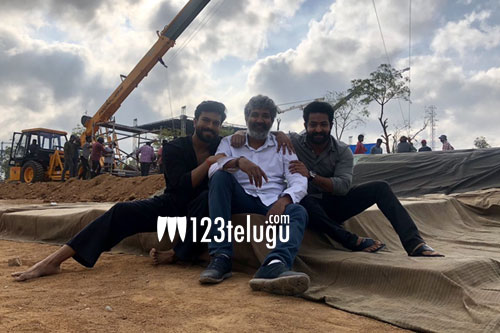 For the first time, NTR is joining hands with his good friend and star hero Ram Charan for Rajamouli’s multi-starrer, RRR. In the first schedule, the star director had canned an intense action sequence on both his heroes.

The film’s second schedule is underway in Hyderabad. While NTR was away from Hyderabad on a family holiday in Dubai, Ram Charan mostly took part in the second schedule. As per the latest updates, the Young Tiger is all set to resume shooting from tomorrow (Feb 22).

A couple of photographs that leaked from RRR’s sets gave a hint that RRR is set in the pre-independent era. DVV Danayya is bankrolling this project with a whopping budget of more than Rs 300 crores. Meanwhile, the names of the film’s leading ladies is still a mystery.