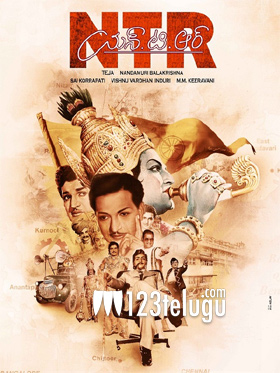 The shooting of NTR, the highly-anticipated biopic on legendary yesteryear actor and former AP CM NT Ramarao, is going on at a brisk pace. Soon after the project went into the hands of talented director Krish, it became a hot cake in trade circles.

The latest buzz is that several reputed distribution houses have already started quoting fancy prices to acquire the distribution rights for this film in Telugu states and overseas. If reports are to be believed, a buyer from overseas came up with a hefty Rs 12 crore deal to grab the rights. The craze for Balayya-Krish combination is also working big-time for this film.

Star actor Balakrishna is reprising his father in the biopic. Balakrishna himself is co-producing the movie along with Sai Korrapati and Vishnu Induri. MM Keeravani will be composing the music.