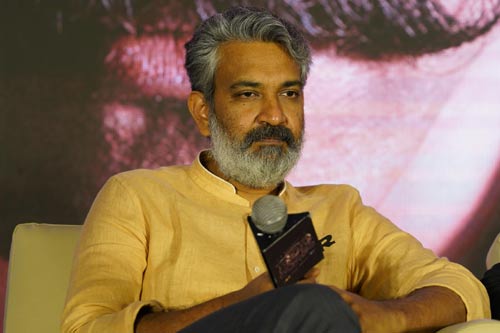 Rajamouli is promoting RRR on a busy note for the last few days. He met the press today and spoke about how difficult it was to shoot during the pandemic.

But Rajamouli also jokingly said that the shoot was delayed by at least 30 days only due to the craziness of NTR and Charan.

Rajamouli revealed that both NTR and Charan behaved like kids and used to complain about each other on the sets of the film.

The star director also added that it was very tough to calm them down as they were only in a mischievous mood all the time.

But the way they performed is something else and the bromance that will be showcased will shock everyone said Rajamouli.