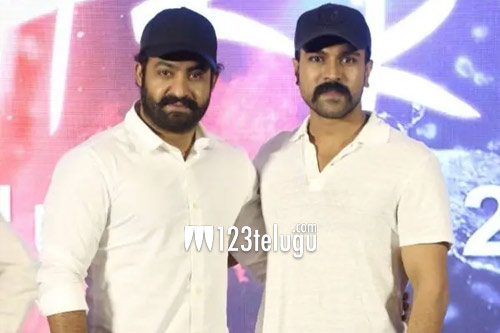 Star heroes NTR and Ram Charan, who will be seen as Komaram Bheem and Alluri Sitharamaraju respectively in Rajamouli’s RRR, wrapped up the entire shooting yesterday. Team RRR’s Instagram page shared a video clip which shows both Tarak and Charan leaving RRR’s set in their cars after completing their last shot.

“TIGER and CHEETAH…Leaving the set after wrapping up their last shot for the movie today,” the post reads. While Tarak was captured zooming past in his newly acquired Lamborghini Urus, Charan drove away in his jet red Ferrari. It is known that both NTR and Ram Charan have been involved in the making of RRR for nearly 3 years.