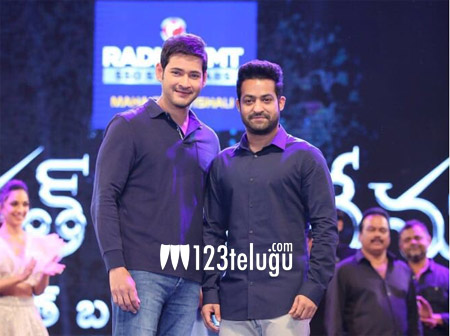 The buzz for Bharath Ane Nenu doubled when NTR attended the music launch of the film. The film has now released to a blockbuster talk and everyone from the social media to various celebs have been raving about the film.

The latest hero to congratulate the film is none other than NTR. After watching the film, NTR took to Twitter and posted a series of congratulatory tweets. He Hailed Koratala Shiva for his narration and also Mahesh for a flawless performance.

Bharath Ane Nenu is doing solid business all over and the coming days will be quite cruial.

Blending social responsibility with commercial elements is not an easy job. Kudos to @sivakoratala for balancing both aspects beautifully. And congratulations to @urstrulyMahesh for delivering a flawless performance.