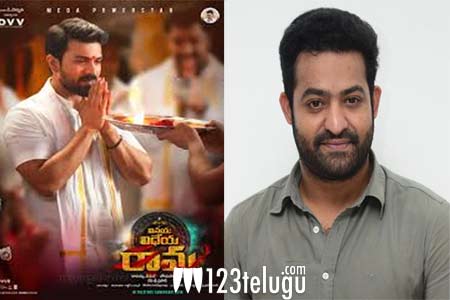 Now that the shooting of Vinaya Vidheya Rama is nearing its completion, the makers are in due plans to promote the film on a massive scale.

Meanwhile, the latest we hear is that the pre-release event will be held on a grand note. Now, the gossip which has caught on all over is that the makers are in due plans to invite NTR and Rajamouli as the chief guests for this event.

VVR is produced by DVV Danayya who is also the producer of RRR. Boyapati Sreenu directs this film which has Kiara Davani as the female lead.