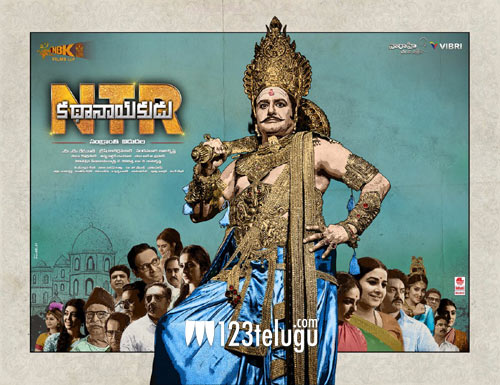 The trailer of NTR was received to a superb response all over. The manner in which Balakrishna portrayed NTR has impressed many and this has automatically created a solid buzz for the film.

The audio event which was held yesterday did the trick and raised the expectations to another level. This has automatically increased the pre-release business of the film which will be out in two parts.

With this, the war for Sankranthi releases has also become even hotter. Films like F2 and Vinaya Vidheya Rama are releasing during this time and looks like NTR will be the most awaited film because of its sheer scale and the curiosity factor.

Krish directs NTR which is being produced by Balayya and Vishnu Induri. Keeravani scores music.