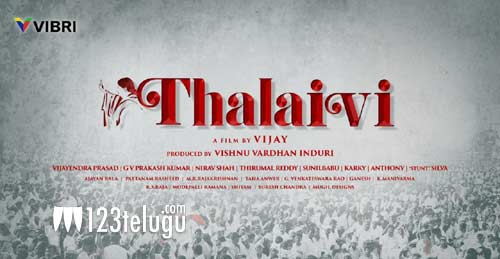 It’s raining biopics from Tollywood producer Vishnu Induri’s production house, Vibri Media. He has already bankrolled the recently released NTR biopic, and will soon take the Kapil Dev biopic ’83’ on to the floors. And today, an official announcement regarding Vishnu Induri’s next production has been made.

Titled Thalaivi, this Tamil film will showcase the legacy of yesteryear heroine and former CM of Tamil Nadu J Jayalalithaa. Noted Tamil director AL Vijay will be helming this project. The name of the actress who will reprise Jayaa’s role is yet to be revealed.