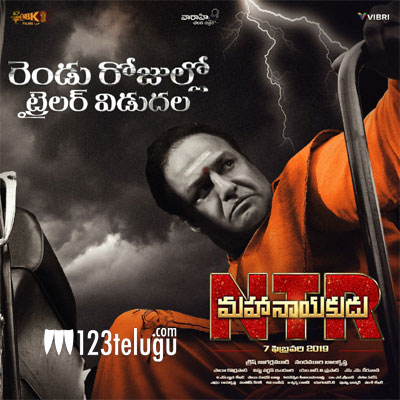 We all know that the biopic on NTR is being made in two parts and the makers were planning to release the second part in the month end of January.

The latest we hear is that the makers have changed their plans now and the film will come out on the 7th of February.

With this, things are clear for the release as the first part will be out on the 9th of January and the second part will release on 7th February in a big way.

Krish directs this film which has Vidya Balan as the female lead.