NTR continues to follow his grandfather’s discipline
Published on Oct 9, 2018 8:23 am IST 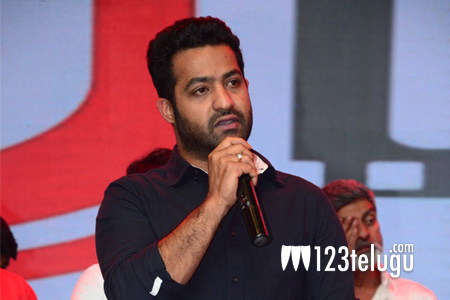 Legendary actor NT Rama Rao’s discipline towards his craft needs no introduction. There have been so many stories about how NT Rama Rao used to attend shoots at least 1, 2 hours before the rest of the unit members, literally each and every day throughout his career.

NT Rama Rao’s grandson and star hero Tarak has been following his grandfather’s discipline ever since the beginning of his career. And according to Trivikram’s latest revelation in a latest interview, the Young Tiger still continues to be a disciplined actor.

Trivikram revealed that he had planned to complete Aravindha Sametha in 100 days, but NTR had wrapped it up in just 70 days with his discipline. “If the call time was 7 am, NTR would reach the sets 30 minutes early. Even I had to reach the sets before time because of NTR. He has a virus and there’s no antibiotic for it,” said Trivikram about his hero.