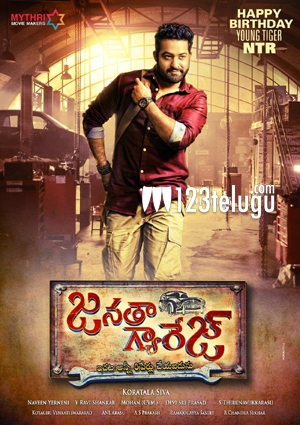 Young Tiger NTR is enjoying a resurgence in his career. The actor had a couple of lean years but he is now bouncing back strongly. After scoring back to back hits with ‘Temper’ and ‘Nannaku Prematho’, NTR is now all set to test his luck with ‘Janatha Garage’.

On the eve of his birthday, NTR trended strongly on social media and totally dominated Twitter and Facebook. The hashtag “JanathaGarage1stLook” trended worldwide on Twitter with more than 40,000 Tweets and a few hours after that “HappyBirthdayNTR” started trending India wide on Twitter.

Just as the clock struck 12, Kalyan Ram released NTR27 poster and the hashtag “NTR27” also trended instantly on social media, highlighting the craze NTR is currently enjoying. There was a time when NTR’s fans weren’t so strong on Twitter. But things have changed a lot now and these strong social media trends speak for themselves.