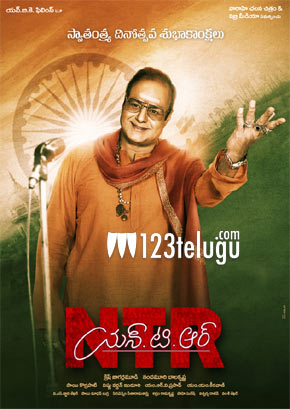 NTR, the highly-anticipated biopic on the legendary actor and former Chief Minister of undivided Andhra Pradesh NT Rama Rao, is raising expectations with each passing day with some impressive posters. The film’s unit has already wrapped up close to fifty percent of shooting.

Now, the latest buzz is that noted digital streaming company Amazon Prime has approached NTR’s makers by offering a hefty amount for both the digital and satellite rights. Though the exact figure is not unveiled, the makers are yet to take a final call on this deal.

NTR has Nandamuri Balakrishna essaying NTR’s role and Vidya Balan plays Basavatarakam. Rana will be seen in the role of Nara Chandrababu Naidu. Krish is directing the movie and Balayya is co-producing it in association with Sai Korrapati and Vishnu Induri.