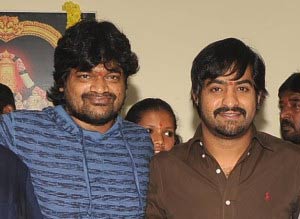 Young Tiger NTR is happy with the superb success of his film ‘Baadshah’. He is now busy with director Harish Shankar’s movie and the film is currently being shot at a place near Lanco Hills. NTR and Samantha are participating in the film’s shoot.

The power packed action entertainer will showcase NTR as a student leader and Samantha will be seen as the heroine. Thaman is composing the music. NTR’s fans have high hopes on the film as Harish Shankar is known for his punch dialogues and powerful characterisation of the hero.

Dil Raju is the producer of this movie and the makers are planning to release the movie in the second half of 2013.