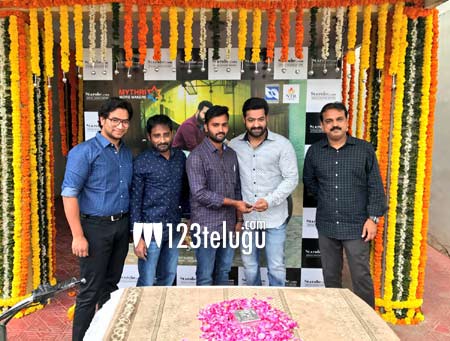 Remember, during the time of Janatha Garage’s release, there was a contest held by the makers of the film and the winner was said to be awarded the bike which was used by NTR in the film.

Looks like NTR and the makers have kept their word now. Seen here is NTR handing over the key of Janatha Garage bike to the lucky winner called Rajkumar Reddy from Nalgonda.

The bike was a custom made one and was used extensively in the film. Congrats to the lucky winner.