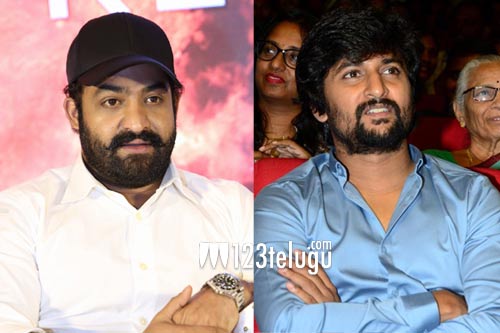 Nani is being lauded to another level for his honest performance in the film Jersey. Now the likes of NTR has watched the film and has spoken high about Nani and his acting prowess in the movie.

In his tweet, NTR says that he was spellbound with the narration and called Nani’s performance brilliant. NTR finally ended by saying that he is very proud of Nani for choosing a film like this.

Gautam Tinnanuri has directed Jersey which has opened to some solid reviews all over.

#Jersey is an outstanding film that took me on a roller coaster ride. Hats off to Gautam Tinnanuri for choosing such a subject and executing it with conviction and brilliance. Kudos to the cast and crew who excelled and supported Gautam’s vision.