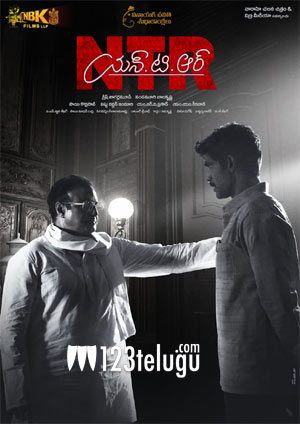 From the day NTR biopic was launched, the film has managed to catch everyone’s imagination. The audience were quite curious to see how Balakrishna would manage to look like the legendary NTR.

But the first look poster of Balayya as NTR shocked many. Since then, various posters of the film are being released one after the other. The poster of Rana as Chandra Babu also won good applause from the social media and general audience.

But the poster which was released today showcased both NTR and Chandra Babu in one frame. Balakrishna and Rana’s looks from the poster have gone viral and have become the talking point all over.

Balakrishna himself is producing the film and is very happy with the way just the posters of the film are doing all the talking without him even entering the scene.

Krish directs NTR which also has Vidya Balan as the female lead.