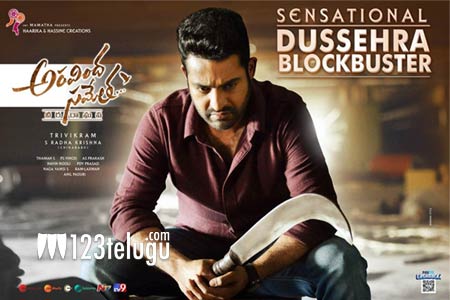 Aravinda Sametha’s release was widely awaited as this was the first time NTR was acting in Trivikram’s direction. So, the fans and the general audience wanted to see how NTR would be showcased in the film.

Now that the film has released, NTR is getting a terrific response for his role. As the promos showcased, NTR is in his elements in all the action and emotional scenes.

Trivikram has utilized NTR’s acting prowess completely and showcased him in a mature manner. Apart from this, NTR’s zeal to showcase something new for his fans also made him get the six-pack look which is in full flow in the film.

Be it the social media or the fans, everyone is happy that NTR has lived up to all the expectations and given his fans what they wanted.