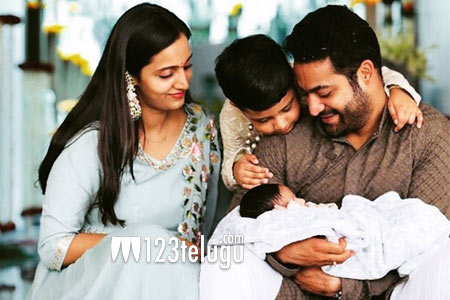 NTR and his Pranathi, who were blessed with a baby boy few days ago, have named their younger son – Bhargava Ram. The actor himself revealed the name on his Instagram and Twitter profiles soon after the naming ceremony was wrapped up earlier today.

Meanwhile, all eyes are on NTR’s upcoming film Aravindha Sametha which is gearing up for release in October this year. Directed by Trivikram Srinivas, it is the first time that NTR has collaborated with Trivikram and Pooja Hegde.