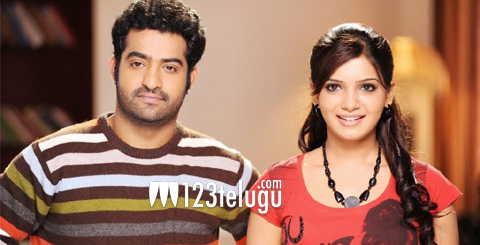 The shooting of NTR’s upcoming film Rabhasa is progressing briskly these days. Recently, a song was canned on NTR, Samantha and Pranitha Subhash in Ramoji Film City, Hyderabad.

Now, another mass song is going to be shot on NTR and Samantha from tomorrow. “On the sets of vv vinayak-Sai s film before I start a full on dance song with none other than NTR tomorrow.This is not going to be easy.sigh,” Samantha posted on Twitter. In the past the duo had teamed up in Brindavanam and Ramayya Vastavayya.

Santosh Srinivas is directing the film and Bellamkonda Suresh is producing it. Thaman is scoring the music. The film is expected to release in summer this year.