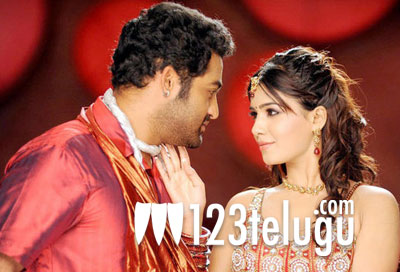 Young Tiger NTR and Samantha struck a chord with viewers in their last outing together for the movie ‘Brindavanam’. Their pair was very well received and fans have been waiting for a long time for the two popular stars to come together again. Samantha will be seen opposite NTR once again in director Harish Shankar’s next project and though her name has been doing the rounds for a while, it is now official.

The buzz in film circles is that the movie will be a warm love story which will also have the trademark action and entertainment elements that NTR is famous for. Harish Shankar is raring to score a big hit with this project to cement his place in the industry as a successful director.

Thaman is scoring the tunes for this movie and Dil Raju is the producer. The movie will have one more heroine and the hunt is currently on to finalize a name.