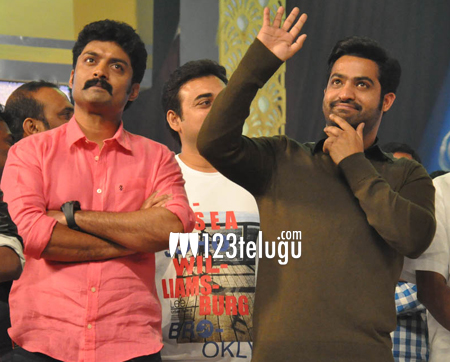 Young tiger NTR is thrilled with the reception he has been getting for ‘Temper’. This latest action entertainer from NTR has acquired a super hit talk and for the first time in many many years, NTR has received applause for his role.

This has thrilled NTR and the star even celebrated the success with the unit of ‘Temper’ , by organising a large party. Puri Jagan is the director of this movie and Bandla Ganesh produced the film on Parameshwara Arts banner.

Kajal Aggarwal played the heroine’s role in this movie and Anoop Rubens gave the music.