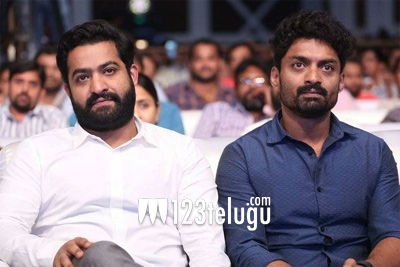 The makers of Nandamuri Kalyan Ram and Kajal Aggarwal’s much-awaited political drama, Manchi Lakshanalunna Abbayi (MLA), are stepping up the promotional blitzkrieg. Tomorrow, the film’s second single ‘Hey Indu’ will be out at 10:30 AM.

On the other hand, the audio album, scored by veteran composer Manisharma, will be released at a grand event on March 17 in Kurnool. Needless to say, all eyes are on Young Tiger NTR as fans are expecting his presence at the audio launch event. Even the latest reports reveal that Tarak, who is currently in Los Angeles, will be flying back to Hyderabad before the 17th to make it to the event. An official announcement is awaited in this regard.
Debutant Upendra Madhav is directing MLA, while Bharat Chowdhary and Kiran Reddy are bankrolling it. The film is slated to hit the screens on March 23.