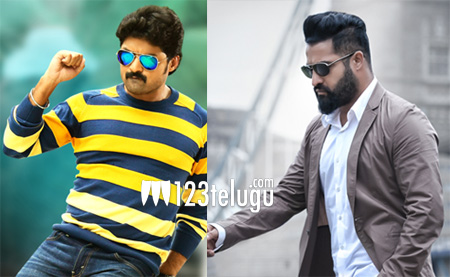 Sometime back, we had reported that Nandamuri Kalyan Ram’s Sher ha​s completed its shoot​ and the audio of the film will be launched on the 10th of October.

Latest update ​reveals that star hero NTR will grace the event as the chief guest. Directed by Mallikarjun, ​Sher features Sonal Chauhan as the female lead. ​Kalyan Ram will be seen in a powerful role in this movie​ which has​ ​SS Thaman ​as the music composer.