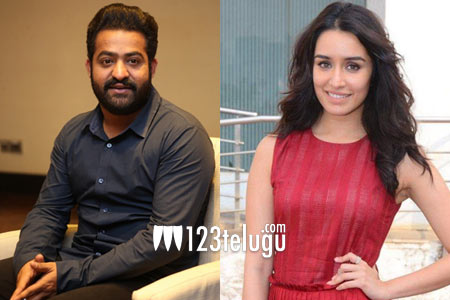 The highly-anticipated film in the combination of NTR and Trivikram is all set to go on floors in March. Trivikram is giving finishing touches to the script and even the pre-production formalities are nearing completion.

Now, if the ongoing buzz is anything to go by, Trivikram is keen on roping in the svelte Bollywood actress Shraddha Kapoor as the heroine opposite the Young Tiger. However, this is merely a speculation and we will have to wait for an official announcement.

Until recently, there were reports that Trivikram is going to repeat the Agnyaathavaasi actress Anu Emmanuel as the leading lady in his film with NTR. On the other hand, Shraddha is making her Tollywood debut with Prabhas’ Saaho.