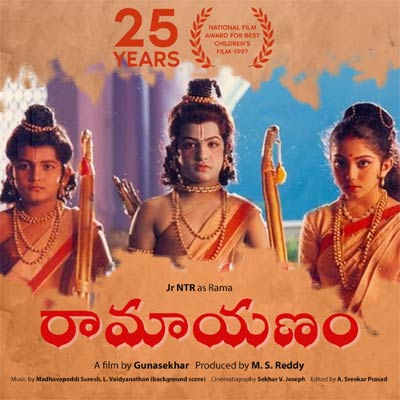 We all know that NTR made his film debut with the children’s film Bala Ramayanam. The film was directed by Gunsekhar and was widely appreciated during its time.

The film won a national and Nandi award and had NTR as Rama. Produced and written by MS Reddy, this film was released on April 14th, 1996. It was made on a prestigious note and showcased NTR’s raw talent during those days.

The same film completes 25 years today and has been a topic of discussion on social media since morning. The film had close to 3000 child actors chosen from different schools in Hyderabad during those days.