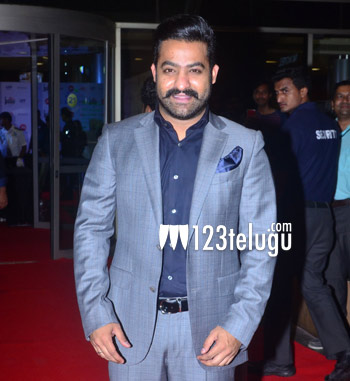 Last night, NTR won the Filmfare Award for his intense and emotional performance in Nannaku Prematho. This is the Young Tiger’s second Filmfare. The crowds went berserk as NTR walked up to the stage to receive his award from Karthi.

Today, the world celebrates Father’s Day and NTR couldn’t have given a better gift to himself. Coincidentally, Nannaku Prematho showcased an emotional father-son relationship.

NTR said in his award acceptance speech that acting in Nannaku Prematho had brought him much closer to his 1-year-old son Abhay Ram and deepened their relationship.