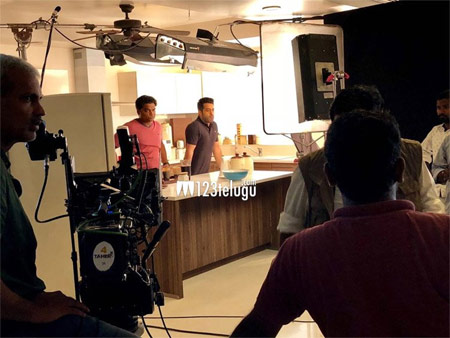 We were the first ones to reveal that star hero, NTR has been approached by Star Network to promote IPL in a huge way this year. The latest we hear is that the promos which NTR was shooting for will be aired tomorrow.

Trivikram has directed these Ad’s which will promote the game all over the two states in Telugu. The biggest sporting event in Indian history, IPL will kick start from the 7th of this month.

It would be very interesting to see NTR in a new look after his weight loss.