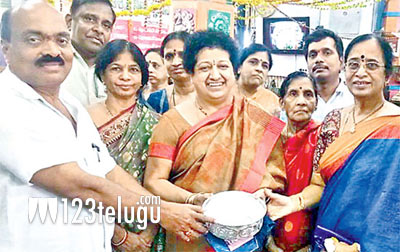 Young Tiger NTR’s mother Shalini is rarely seen in public events. But on Sunday, Shalini visited the Sri Mavullammavari Temple in Bhimavaram and offered special prayers to the deity. She was accompanied by her close friends during the visit.

Shalini reportedly donated a 350 gram silver bowl to the goddess. The star mother’s visit to the temple gains prominence amid the latest reports that her daughter-in-law Lakshmi Pranathi is expecting her second child.