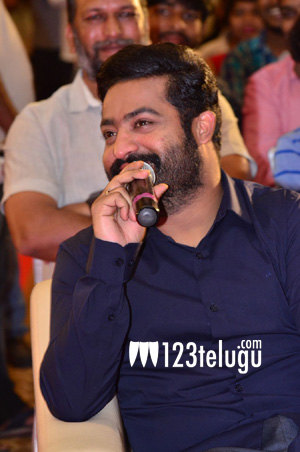 The much-awaited audio album of NTR’s Jai Lava Kusa is out today and fans couldn’t be happier. JLK’s audio album consists four songs, but the Young Tiger has a pleasant surprise for his fans.

During the audio press meet this evening, Tarak revealed that the film has another song which didn’t feature in the jukebox that released today. NTR said that the song will have a film vibe to it. The song will be released soon and we will have to see what DSP is up to next.