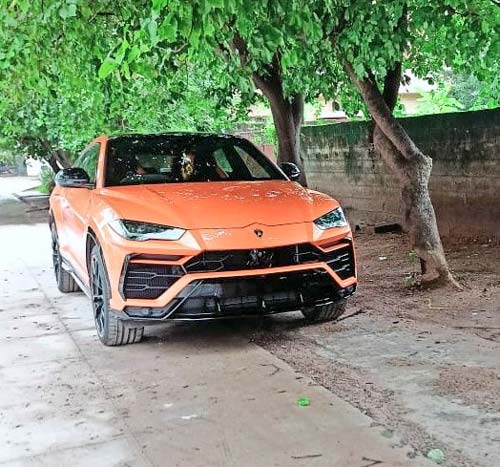 A few months back, social media was abuzz that NTR has bought a swanky new Lamborghini Urus worth 5 crores. Fans were super happy with this news as they know how much NTR loves his cars.

Now, days later, the crazy ride of NTR has arrived in Hyderabad as the star hero has taken his delivery. One of the pictures of the Urus has gone viral as it was seen parked at NTR’s residence.

Lamborgini Urus has a crazy top speed of 305 kilometers per hour and reaches zero to 100 in 3.6 seconds. NTR already owns some expensive rides and this Lamborgini Urus is his latest addition.