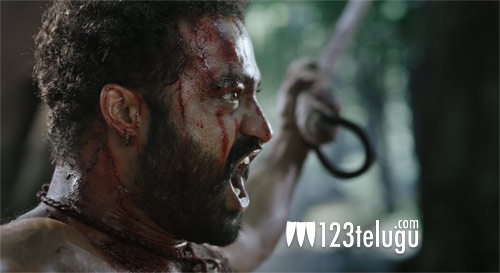 The ‘Ramaraju for Bheem’ teaser from RRR, featuring NTR, was released in October 22 last year. The teaser has now pulled off a massive feat by becoming the first Tollywood teaser to clock over 50 million YouTube views. The teaser was also the first to gain 1 million likes in Tollywood.

The Ramaraju for Bheem teaser showcased Tarak at his ferocious best in the role of iconic Telangana tribal hero Komaram Bheem, with Ram Charan’s intense voice-over as another major highlight. The grand visuals and a blazing background score are the other main highlights of the teaser.

RRR, also starring Ajay Devgn, Alia Bhatt, Olivia Morris, Samuthirakani and Irish actors Ray Stevenson and Alison Doody in key roles, is being directed by Rajamouli and produced by DVV Danayya. The film is scheduled for an October 13th release.