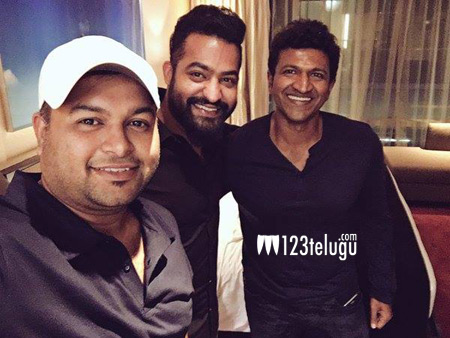 Last night, the makers of the Sandalwood superstar Puneeth Rajkumar’s upcoming film, Chakravyuha, released the most awaited Geleya Geleya song, sung by Young Tiger NTR. NTR made his Sandalwood debut with a smashing song and his fans couldn’t have asked for more.

Composed by SS Thaman, this peppy number features inspiring lyrics which have been brought to life by NTR with his energetic vocals. The song is already creating a huge buzz on social media, thanks to the enthusiastic Nandamuri fans and also Puneeth’s fans.

Chakravyuha is directed by Saravanan and produced by NTR’s good friend, NK Lohith. The film is slated for its release in April.