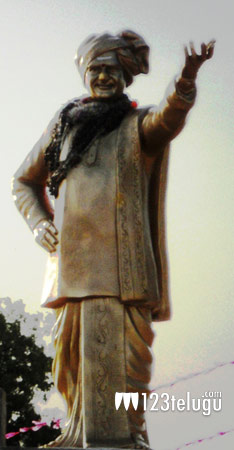 Legendary Telugu Actor and former Chief Minister of Andhra Pradesh, Dr. Nandamuri Taraka Rama Rao will finally be getting a statue in the Parliament complex in New Delhi. The Speaker has approved the request in principal and suggested NTR’s daughter and Union Minister Daggubati Purandeswari to source a suitable statue for the same.

The issue of a statue for the late former CM and icon of Telugu Cinema has been pending for a while now. More details about the statue and a likely date for the installation will be announced soon.